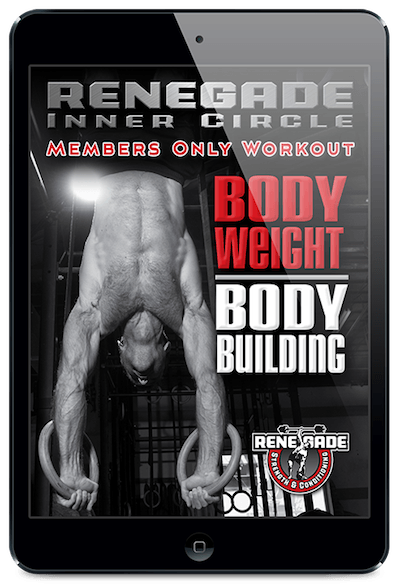 NO WEIGHTS, NO PROBLEM

I’ve been an iron-addicted meathead for as long as I can remember. Pushing heavy weights is kinda my thing.

That is until I pushed it too far and got a serious injury. Then another.

And a few more after that. Then, finally, surgery.

It was only when I was forced to, when recovering from rotator cuff surgery after too many years of heavy benching, that I explored the options of training with nothing but my own bodyweight.

Previously I had built my training around squats, deadlifts, presses and Olympic lifts.

Everything else after that was done with bodyweight. But they were referred to as “assistance exericses” and never quite given the same importance of the big lifts, even though they made up for more than 50% of my total training program.

So now, here I was with my arm just out of a sling and I all could do were kneeling pushups and some bodyweight rows from almost a standing position.

I couldn’t put a bar on my back or pick one up either so squats and deadlifts were out. Because of that I started upping the ante on single leg bodyweight only exercises for the lower body.